We have been planning an adventure tour from Arugam Bay to Colombo, discovering the beauties of this island, rich of untouched nature and a surprising fauna and flora. We will explore it by trekking for example Little Adam's Peak passing through the Plantations of Tea and Waterfalls; Or the train ride from Nanu Oya to Peradeniya to end in the historic cities of Kandy and the climb of the sacred mountain of Sigirya.

Departing from Arugam Bay and arriving at Ella. Trekking to the small Adam's peak. The reference is to the majestic peak of Adam, which is located southwest of Ella. Adam's little peak is a hill, immersed in the lush green vegetation and surrounded by some tea-spreading. The walk to climb to the top and enjoy the panorama is not exhausting, it is pleasant and spans new scenery, very different from the inland and coastal areas.

Breakfast and departure for Nuwara Eliya. During the trip, we stop for a visit to the plantation of the Halpewatte and its factory and tour in tuk tuk. Continue for Nuwara Eliya and visit the Ravana cascade. NUWARA ELIYA is the heart of Sri Lanka, the hilly part of the island. It is the home of the famous Ceylon Tea and the rolling mountains are a carpet of lavish green tea plantations, perched by glowing streams and amazing waterfalls. The healthy climate, misty valleys and the distinctive British character make Nuwara Eliya a must on any Sri Lanka travel itinerary.

Breakfast and transfer to Nanuoya Station to take the train to Peradeniya. Arrive at Kandy and visit the tooth temple. Kandy was the last capital of the Kings of Sri Lanka, and is a heritage of humanity, and the name "Kandy" evokes visions of splendor and magnificence. Many of the legends and folklore traditions are still kept alive and remembered with love. Visit around Kandy Lake built by the last King Cingalese, Sri Wickrama Rajasinghe in 1798, and visit the city of Kandydove are bazaars, art, crafts, and a jewelery museum. Temple of the Sacred Tooth - When King Wimaladharmasuriya I (1592-1604 AD) became king of Kandy, he sought the relic of the Buddha's tooth and found that he was secretly guarded at Delgomuwa, a Buddhist temple located in Kuruwita for more than 44 years , Hidden in a grinding wheel. The king went there in person and carried the Relic of the Sacred Tooth to Kandy in a procession accompanied by the king. The first tooth relic temple was built by Wimaladharmasooriya next to the Royal Palace. Following a fire burning this first building, King Wimaladharma Sooriya II (1687-1707) erected a 3-storey building to house the Sacred Tooth relic. It was burned once again and a new 2-storey building was built by King Narendra Singhe (1707-1739 AD) and what we see today could be the building he built. He also painted 32 Jataka stories on the exterior walls of the building. In addition to the 3 "puja" daily, 4 annual festivals are held at the Temple of the Relics of the Tooth.

After breakfast transfer to Sigiriya for climbing the Lion Rock of Sigiriya. It is an archaeological site of central Sri Lanka. Contains the ruins of an ancient palace, built during King Kasyapa's reign (477-495 BC). It is one of Sri Lanka's Seven World Heritage Sites, and one of the favorite attractions of foreign tourists. Get ready to climb The Lion's Fortress, a natural fortress of volcanic stone, 200 m high, with the remains of a fortress built in the 5th century AD. It is accessed through a garden with tubs and canals, beyond which are the few remains of the low citadel. Then begins steep climb up to an overhanging windfall where you can admire the fantastic wall murals of 19 busts of smiling ladies rich in grace and sensuality. Returning to Kandy, stop at the Matale Spice Garden, where you will be able to observe various spices that are used in typical Sri Lankese cuisine. You will be offered a demonstration where these spices will be used both in the kitchen and in the massage. Lunch at the local restaurant.

After breakfast transfer to Knucles Mountain. The area takes its name from the particular shape of the peaks in the western part of the massif, which resemble the knuckles of a closed fist. While this is the name the first British settlers have given to the area, the Cingalese call the Dumbara Kanduvetiya area giving a more visual sense to the site, highlighting the rich amount of fog and foliage that covers the peaks. In fact the whole area is characterized by a thick layer of clouds. In addition to its aesthetic value, the area also has a strong scientific interest. It is a climatic microcosm that is a set of microcosms present in different parts of the island. At higher altitudes there are a number of forests that host a rich variety of flora and fauna, even unique in the world. Although the area accounts for about 0.03% of the island's total area, this is home to a significantly high biodiversity rate compared to the rest of the country. Continue for Columbus The Colombo Tour includes: Visits to Commercial, Residential and Bazaar, Hindu and Buddhist Temples, Congress Palace, funerary monuments and stupa, floating market. Colombo, the commercial capital of Sri Lanka to this day, is a fascinating city with cozy combinations of past and present stories. It's the nation's shopping mall. Portuguese, Dutch and English settlers left in their churches and monuments, the names and religions, customs, food and traditions of their languages that have been absorbed in Sri Lanka. In Colombo, attractions to visit include: - Buddhist Temples, Hindu Temples, Mosques, Christian Churches, Parks, Zoos, Museums and Art Galleries.

BACK TO THE PACK SEND REQUEST 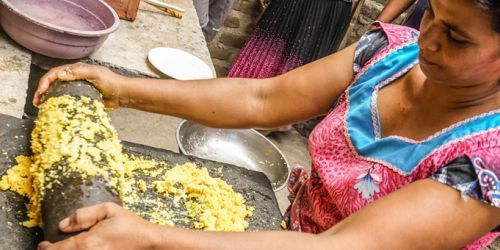 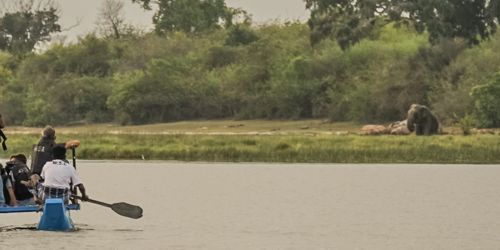 boat excursion in the lagoon